Just ate but feeling ravenous? Everything from eating too quickly to being short on certain minerals to dealing with chronic stress could make you feel really hungry even if you’ve technically had plenty to eat. The good news: These problems are usually pretty easy to fix with some simple tweaks to your diet and lifestyle. 1. You’re eating too many refined carbs (and not enough protein, fat, and fiber)

If you’ve ever eaten a donut, a bowl of sugary cereal, or an all-fruit smoothie only to find yourself feeling even hungrier an hour later, you’re not alone. When you ingest large amounts of refined carbs and sugars—particularly in the absence of protein, fiber, and fats—your body breaks them down into glucose and rapidly absorbs this glucose into the bloodstream. This, in turn, spikes your blood glucose, or blood sugar. To deal with this spike, your pancreas rapidly produces the hormone insulin (sometimes more than you need), which allows glucose to quickly move from the bloodstream into your body’s cells where it can be used for energy or stored. This is all supposed to happen, but it can sometimes result in a pretty swift and significant drop in blood glucose (called reactive hypoglycemia or postprandial hypoglycemia), which may leave you feeling hungry, tired, irritable, and even a little anxious.

Try this: These spikes and subsequent hunger-inducing drops in blood glucose can be avoided by swapping out refined carbs for complex carbs such as veggies, sweet potato, and whole grains (which naturally contain blood sugar stabilizing fiber), and by eating them along with a source of protein and fat—both of which buffer the absorption of glucose into the bloodstream and help prevent those big spikes and dips in blood sugar. (Ka’Chava contains an optimal ratio of protein, fat, and carbs to maximize satiety and support balanced blood sugar.) The mineral magnesium plays a crucial role in glucose homeostasis—or helping you maintain stable blood sugar levels. Studies have shown that up to 38% of people with type 2 diabetes have low blood levels of magnesium, and that low magnesium is particularly common among those who don’t have their blood sugar under control. However, in one study, when people with diabetes and prediabetes supplemented with magnesium, they experienced improvements in fasting blood sugar (likely because magnesium plays a role in normal insulin secretion). This is good news from a diabetes management perspective and from a cravings perspective—since unstable blood sugar can also be associated with intense hunger and cravings.

Try this: There are plenty of magnesium-rich foods you can add to your diet. Pumpkin seeds are a particularly good source with 168 mg per 1-ounce serving (or about 42% of your daily value), but you can also get a good dose of this mineral from almonds, dark leafy greens, cashews, peanuts, edamame, avocado, and even dark chocolate. And Ka’Chava contains 60% of your daily value for magnesium in just one serving. Lack of sleep and low quality sleep can seriously mess with your hormones, including two hormones that play a big role in regulating your appetite: leptin and ghrelin. Ghrelin is a hormone that’s released when your stomach is empty, and it prompts you to feel hungry so you eat more; while leptin curbs hunger and is released once you’ve had enough food to meet your body’s energy requirements. The problem: These hormones can get thrown out of balance. Studies have found that when sleep is restricted, the body releases more ghrelin, which leads to a greater subsequent intake of calories. Put simply: Crappy sleep boosts hunger hormones that make you overeat.

Try this: Sleep more! No really, you have to find a way to prioritize sleep. Start by scaling way back on technology at night, so you're exposed to less melatonin-suppressing blue light. Also, try to commit to a consistent bedtime and wake-up time, even on the weekends. Getting some exercise and exposure to natural light during the day can also help reset your body’s circadian rhythms so you’re primed for more restful sleep. Just like poor sleep, chronic stress can wreak havoc on your hormones. In the short-term, stress can actually suppress appetite, but chronic stress that lasts and lasts with no significant relief can have the opposite effect. According to the Cleveland Clinic, “When you’re feeling stressed, your body sends out cortisol, known as the stress hormone. Cortisol can make you crave sugary, salty and fatty foods, because your brain thinks it needs fuel to fight whatever threat is causing the stress.” Research suggests that stress also increases our preference for high-fat and high-sugar foods, and experts believe the hormones insulin and ghrelin (in addition to cortisol) may play a role.

Try this: In addition to getting enough sleep, which is essential for managing stress, regular exercise is a great way to curb your body’s stress response over time—research shows that your body actually pumps out less cortisol in response to stressors after you workout. Just don’t overdo it—exercising too intensely when you’re already feeling depleted can have the opposite effect and put your body in a greater state of stress. On those extra hard days, swap out your HIIT session for a nice yoga flow. If you’re mindlessly chowing down your lunch in 5 minutes while simultaneously responding to emails, you could be throwing your hunger hormones out of whack. In one study, a group of people who consumed a meal over the course of 24 minutes felt fuller for two hours after the meal and consumed 25% fewer calories from subsequent snacks compared to the group of people who ate their meal in just six minutes. Suppression of ghrelin—a hormone that increases appetite—was greater in the group that ate slower.

Try this: When you’re eating, just eat! Quit trying to multitask all the time. Take a few calming breaths before you eat which can help your body transition into “rest and digest” mode (the opposite of “fight or flight”) and prime your body for digestion. Tuning into the flavors, aromas, and textures of your food can also increase overall satisfaction. If you’re always on the go, you work out regularly, and you frequently have a coffee in hand, there’s a chance you could be dehydrated—and mild dehydration has been linked to both increased appetite and poor focus. (And we probably all know from personal experience that poor focus can prompt even greater consumption of snack foods and caffeine.) The good news: Studies show that boosting hydration can decrease appetite and support subtle weight loss, as well as alleviate mental fatigue and improve short-term memory and attention.

Try this: If water isn’t enticing enough for you to drink, try sipping on seltzer, herbal teas, or broth. You can also boost your consumption of water-rich foods like fresh veggies and fruits, or even soups, green smoothies, and Ka’Chava shakes (which contain 12-14 ounces of water). 7. You may have a thyroid condition

Not everything that revs hunger is completely in your control. Take hyperthyroidism (or overactive thyroid), for example, which causes your body to pump out excess thyroid hormones. Because the thyroid regulates your body’s metabolism, it can essentially put your body into overdrive, speeding up nearly every physiological process—including how quickly you burn calories, which can increase hunger and your overall need for food. If you have other symptoms of hyperthyroidism such as a racing heart, increased body temperature, perspiration, fatigue, anxiety, irritability, diarrhea, and unexplained weight loss, seek medical attention. Hyperthyroidism can be regulated with the right medication, but left untreated, it can lead to serious health consequences such as blood clots and osteoporosis.

Try it: Book a doctor’s appointment ASAP if you suspect hyperthyroidism.

There’s a lot that can make you feel hungry, even if you’ve recently eaten. Luckily, in almost every case, you can address the problem with simple changes to your diet and lifestyle such as getting more sleep, eating meals with balanced macros, making sure you’re hydrated, getting plenty of micronutrients (including magnesium), slowing down when you eat, and managing stress with exercise or another mind-body practice like yoga. Of course, that might feel like a lot, so consider adding Ka’Chava to your daily routine, which can help out on multiple fronts. 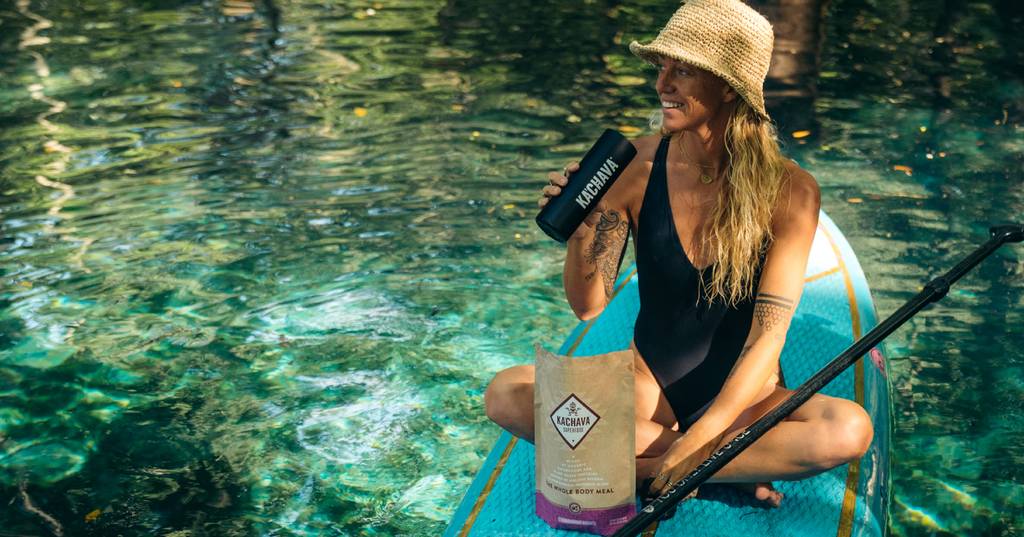 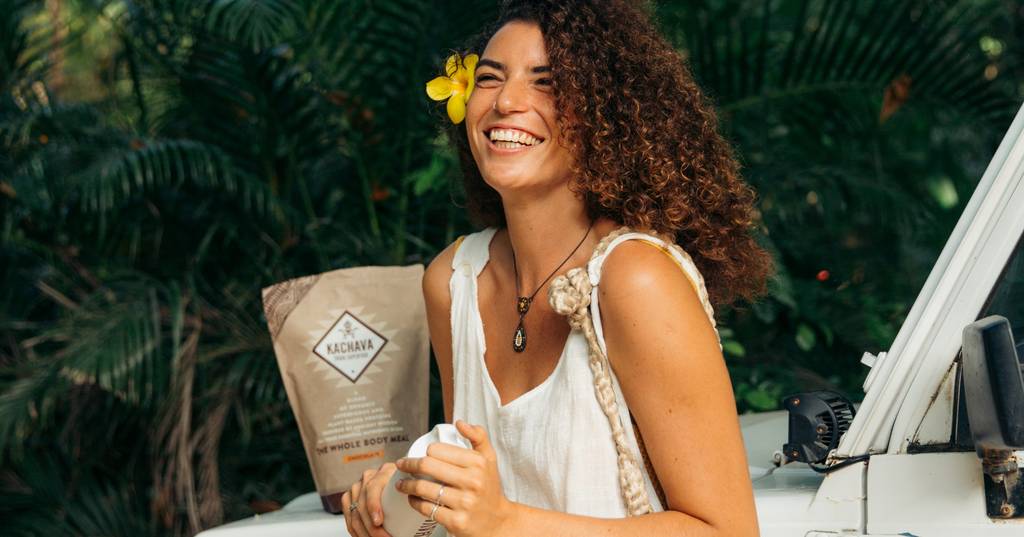 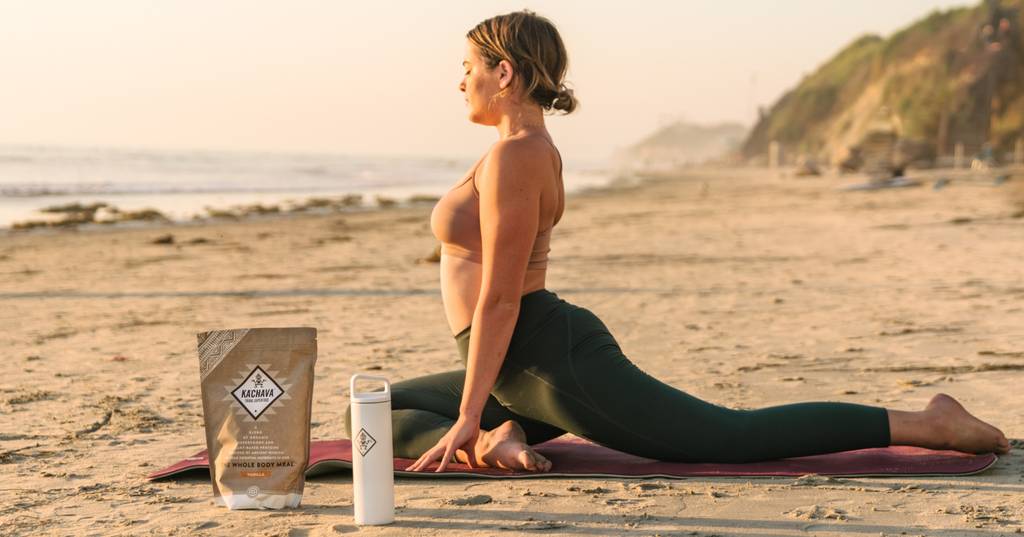 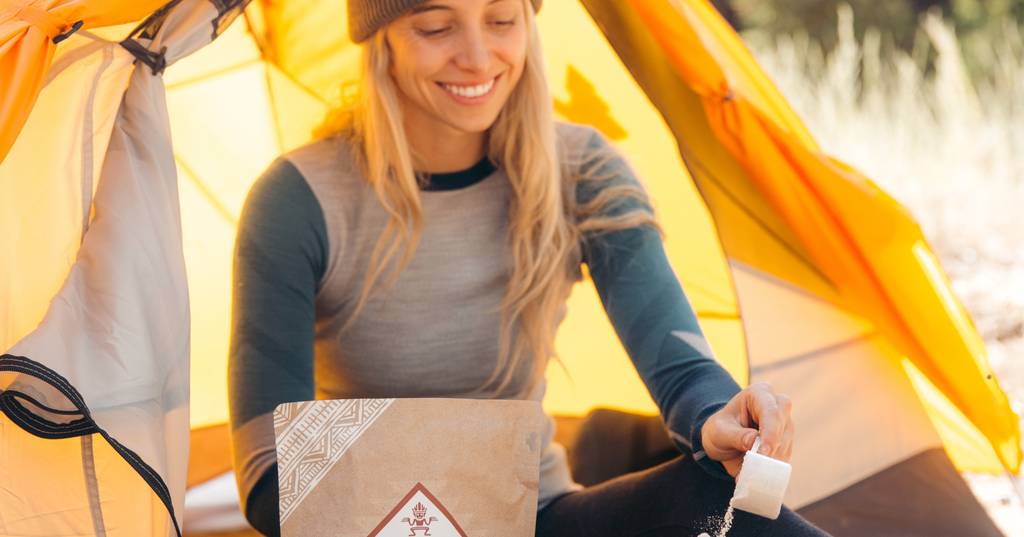